I have just received word from David Craig who has just been in touch with the Kendal College and we are informed that the "poor swift" died during last night. 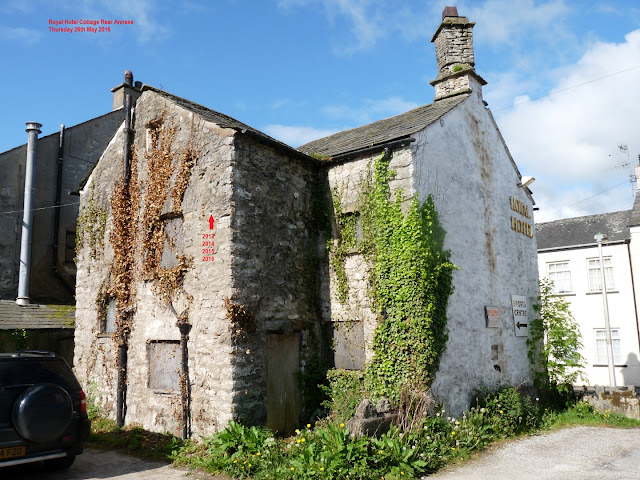 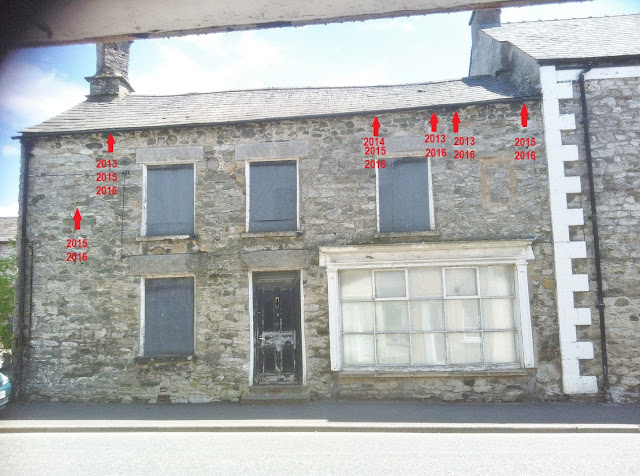 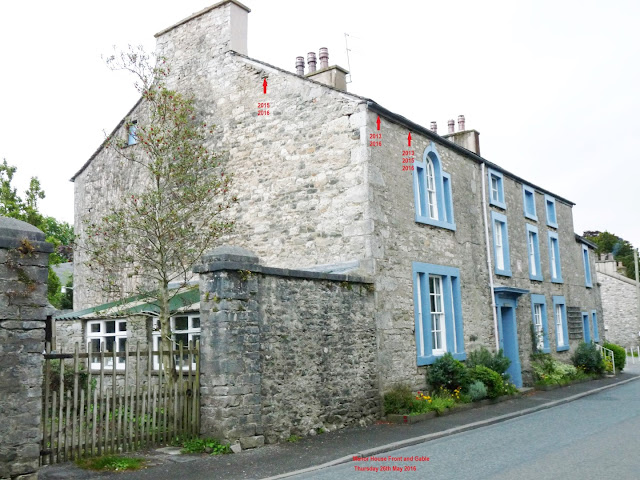 The above photos represent the status of all the ten nest sites we have so far recorded being used during most recent observations (Other year dates represent the nest histories) - Click over photo to enlarge.

From the word go, there were very few birds about and at first we could only log about 5 in the sky at any one time, however on our way back Reg and I did eventually manage to tally 7 which were over the Neddy Hill area. We think it was down to purely a lack of insects on the night, although obviously a few birds were still local.

Our first Swift experience of the evening was noted from the Royal Hotel Cottage front elevation where Reg noted 3 more sites which are all long established but new for this years records.  This now brings the number of sites so far recorded on this particular building to five nesting areas.

Our next positive came whilst observing the Manor House when we were fortunate to see birds entering two more sites, one on the gable end (near 2nd purling up from the front corner) and the other one was close to the front left hand corner. Again these two sites are long established but are new for this years records.

This concluded our observations and we agreed to meet up again next Thursday 2nd June at 2000hrs at the Burton Memorial Hall.