As usual the better counts came more to the end of the Swift season of which the highest numbers recorded were: 40 on Mon 29th July 2019 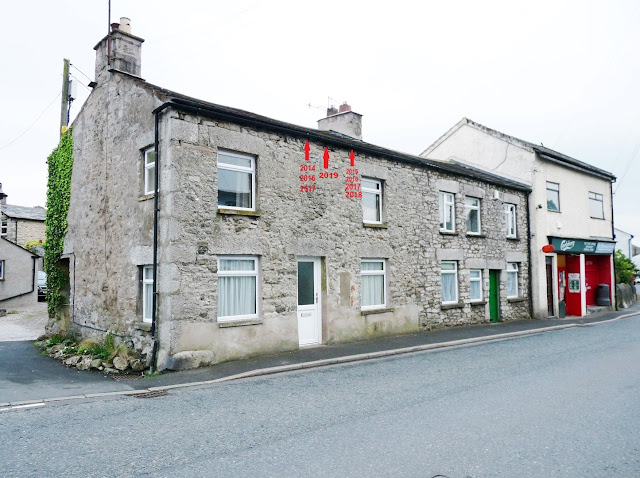 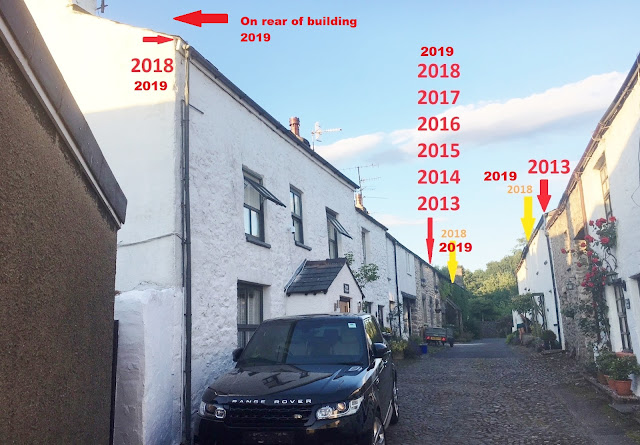 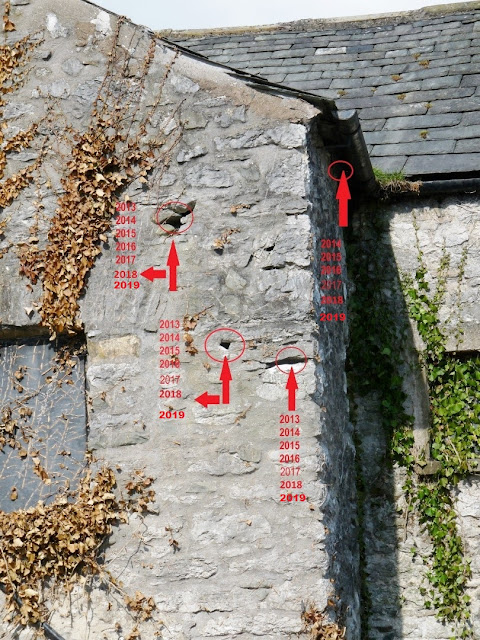 2019 nest sites on the rear of the Royal Hotel 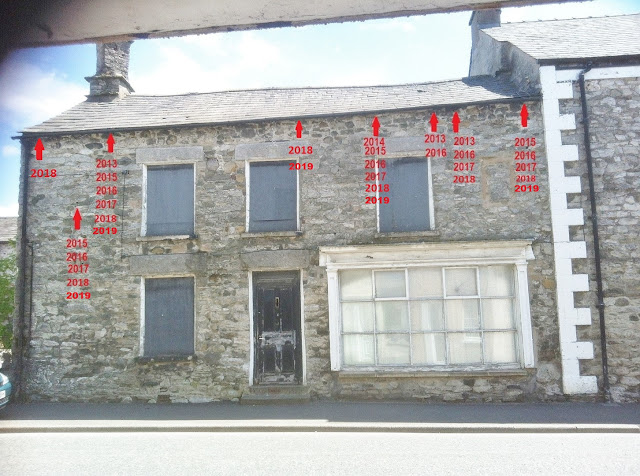 2019 nest sites on the front of the Royal Hotel Cottage 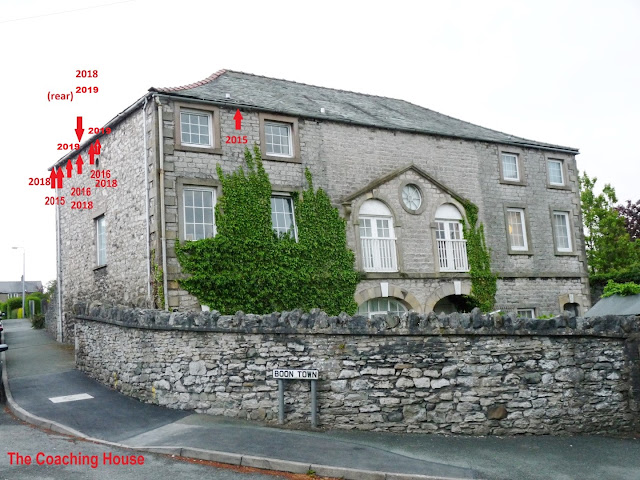 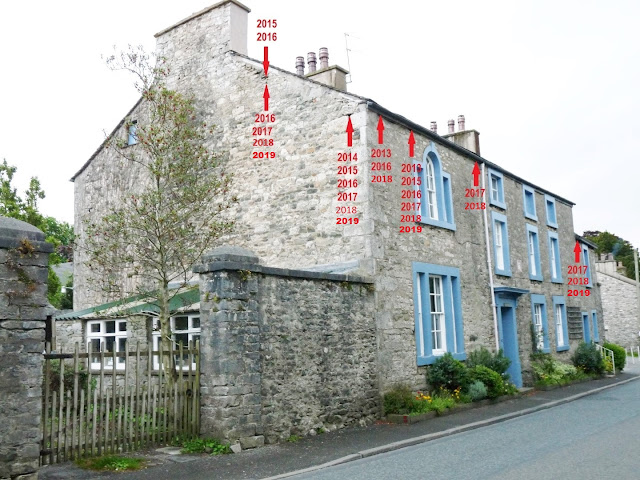 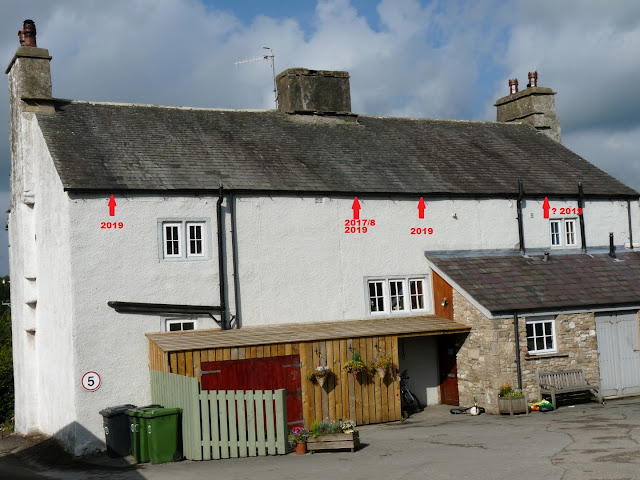 Thanks to everyone who came along this year and enjoyed the Swifts and I look forward to next year when we hope the birds will be back flying above our village from the 4th May 2020
Posted by Bryan Yorke at 10:54