4th May 2015 when four birds arrived and built in numbers over the coming week.

20 in total this year (18 off Main Street and probably 2 at Clawthorpe). Over three years recording we have recorded no less than 25 different nest sites having been used within Burton.

Number of new sites recorded in 2015

From the amount of nest sites (20) and presuming all nest sites had 2 chicks and then allowing for problems we think Burton will have produced a minimum of at least 30 young birds this year. (approx estimation)

1  young bird died later, after hitting either wires or walls near to David Craig's house

It is thought the last nest sites to vacate were the one on the Gable Cottage on the Post Office Row, and also one of the nest within Cocking Yard.

Below is a sketch of Recorded Nest Sites

The 2015 new sites are marked in yellow 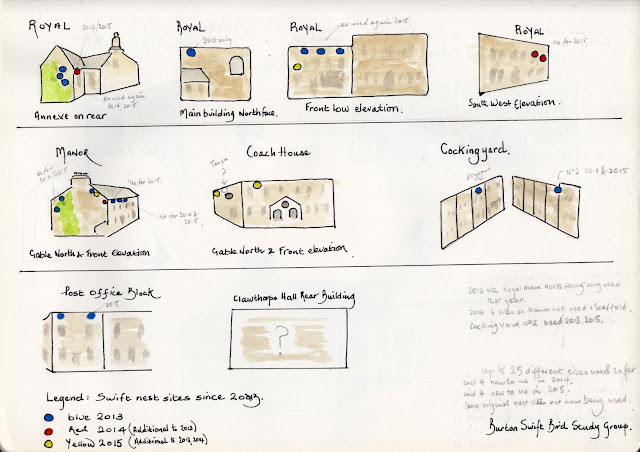